Sa Le Ö: The Dharmakaya Recitation of the Enlightened of Compassion 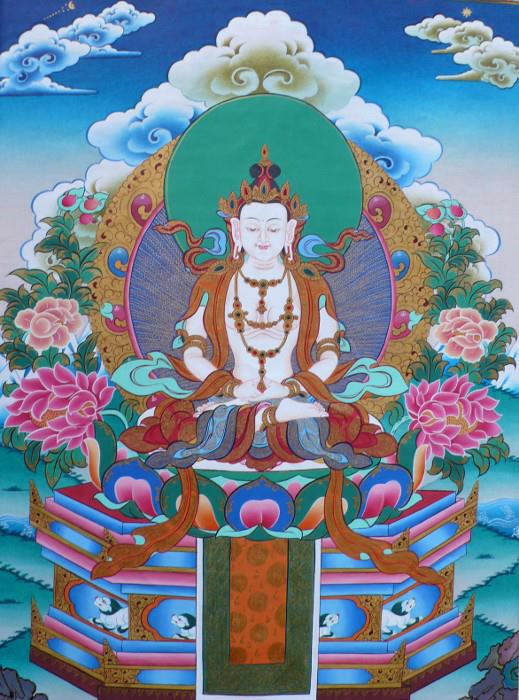 We remain in the idea of bliss and emptiness. When we repeat the Mantra, light (or white light) radiates into all six areas of the cyclic existence, helping all beings in the sense of Shen Lha Ökar.

This Mantra is an aspect of the Dharmakaya, the formless aspect of the mind of all Buddhas. This means that the center of gravity in this Mantra Recitation is not on the visualization of Shenla Ökar and the surrounding deities or anything that is visible, but on the idea of the bliss and voidness from which everything arises.